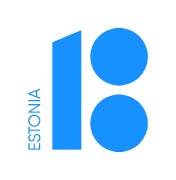 LOTTE AND THE LOST DRAGONS

In this third film of the series of Lotte films that children know and love, the spirited girl dog Lotte gets a little sister named Roosi. Karl the raccoon and Viktor the fish are scientists who come to Gadgetville. They are taking part in a big folk song collecting competition. Whoever succeeds in recording the folk song of the world’s oldest animal species, the mythical fire-breathing dragon, wins the competition’s grand prize. Lotte and Roosi decide to help the scientists. Exciting and unexpected adventures await the sisters.