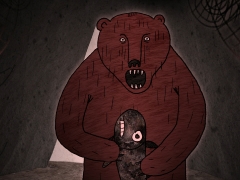 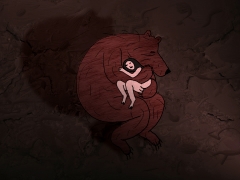 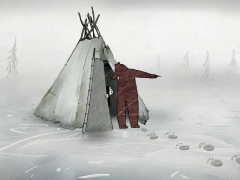 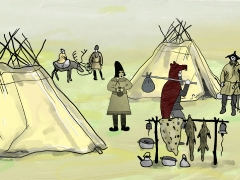 FISHERWOMAN AND A BEAR. A SAMI STORY

A Sami woman caught fish from the lake in autumn. When she was boiling the fish, a bear who was cold entered the conical tent. The woman understood that it was a Sami man who had turned into a bear. The next morning the woman traced the bear’s tracks and found another, a frozen bear. The men skinned the bear and found a purse with gold coins in it. In the summer, at a fair, the woman met the man who had turned into the bear. He said that the dead bear had been his brother. The man told her to keep the money.