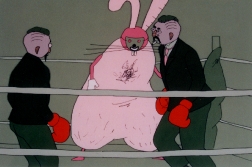 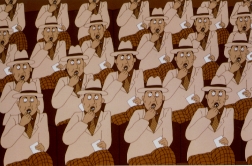 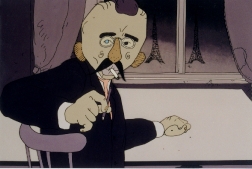 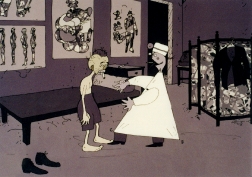 The animated cartoon “1895” is dedicated to the centennial of cinema. “1895” is a picture about the life of brothers Auguste and Louis Lumiere. The cartoon acquaints the public with so far unknown biographical facts and events from the life of the two celebrated brothers who have immortalized their names as inventors of cinematography.
The picture is an illusion. Is illusion truth? This assertion and the subsequent question gave the authors of this cartoon the rights to declare that namely their version of the life of brothers Lumiere and the birth of cinema was the most original and unique of all.

Production of this film supported by
ESTONIAN MINISTRY OF CULTURE